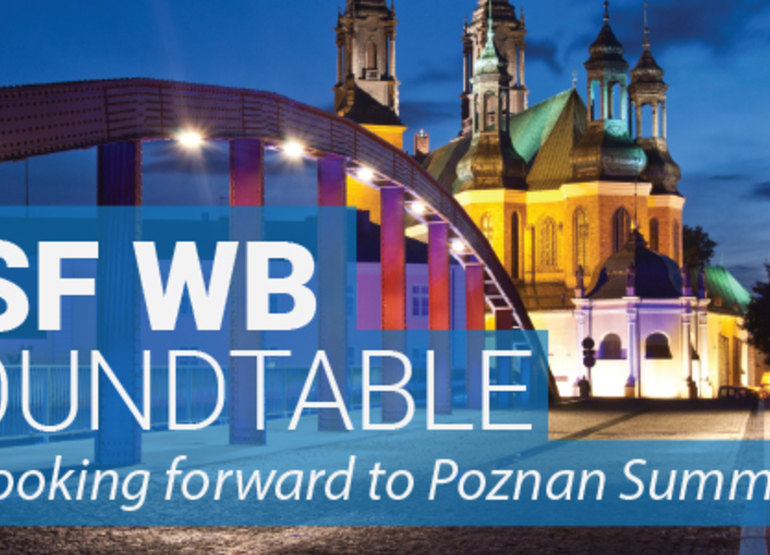 European Fund for the Balkans as a coordinator of the work of the Civil Society Forum of the Western Balkans in close cooperation with the European Western Balkans is organizing the roundtable discussion “Looking forward to Poznan Summit” which will take place on January 24, 2019 in Belgrade, from 11:00 AM to 1:00 PM, at Media Center, Terazije 3. The announcement that Poland will host the Western Balkans Summit in 2019 marked the beginning of the preparations for the new cycle of the Berlin Process. This roundtable is designed as an opportunity for the Western Balkan civil society and representatives of countries involved in the Process to discuss its outcomes and possible improvements. Igor Bandovic, Senior Programme Manager at the European Fund for the Balkans will present his opening remarks as an introduction to the addressing of the invited speakers and experts from the region and EU, who will share their views on the different aspects of the Berlin Process.

Poland as a new actor in the Berlin Process

The 2014-18 Process outcomes: Economic integration and the Connectivity Agenda

The 2014-18 Process outcomes: Bilateral issues and reconciliation; Rule of Law and fight against corruption The roundtable discussion planned for the second part of the event will invite the present media and civil society representatives from the Western Balkans, public officials, and representatives of governments involved in the Berlin Process (DCMs, political advisors) to give their input in regard of the Berlin Process and the upcoming Summit in Poznan. The discussion will be moderated by Nikola Burazer (European Western Balkans).