Western Balkan countries have the lowest air quality in Europe, which is why the European Fund for the Balkans launched the "Balkans United for Clean Air" regional campaign, which calls upon the competent state institutions and citizens in the region to prevent up to 13,500 premature deaths every year.

Most of those cases are attributed to the exposure to a particulate matter, which is mainly produced by coal-fired thermal power plants in the Western Balkans. The citizens of Albania, Bosnia and Herzegovina, Montenegro, Kosovo, Serbia and North Macedonia are equally exposed to airborne pollutants. These stem from fossil fuel-powered heating plants and factories, one of the main factors also being the obsolete heating technology in households.

"Balkans United for Clean Air" emphasizes the regional cooperation as a necessity for the transformation of the energy sector and the environment protection system, which would improve both the economy and public health.

Our awareness raising campaign is focused on attracting the attention of the public by communicating the information on a list of important topics such as: air pollution and its effects on public health and increased mortality; consequences on fertility; pollution caused by industry and big polluters; air quality in relation to the COVID-19 pandemic, as well as other topics that can help citizens inform themselves about the importance of air quality.

The materials created during the campaign are publicly available to all the citizens for further use and dissemination. The idea was to initiate a wake-up call for the region’s citizens so that they jointly stand up for clean air in the Western Balkans.

With the "Balkans United for Clean Air" campaign, we demand that the decision-makers refocus their policies and take urgent steps to reduce air pollution, in accordance with their commitments to the Green Agenda for the Western Balkans, adopted by those very decision-makers in Sofia on November 10, 2020. The Green Agenda for the region implies regulating the cross-border impact of air pollution, adopting strategies for the improvement of air quality, raising the capacity of air quality measuring systems, and the total elimination of coal subsidies.

The “Balkans United for Clean Air” campaign belongs to all of us and is open to all civil society organizations, informal groups, civic movements, and individuals who want to join a solidarity-based struggle for clean air in the Western Balkans.

It is envisioned as joint action of all the citizens and civic organizations across the Western Balkans prepared to engage in a solidary struggle for clean air in every street, neighborhood, village, and city in Albania, Bosnia and Herzegovina, Montenegro, Kosovo, North Macedonia, and Serbia.

The “Balkans United for Clean Air” was initiated by the European Fund for the Balkans in January 2021 and it is realized in partnership with Eko Forum from Zenica, Environmental Territorial Management Institute from Tirana, Sbunker and Balkan Green Foundation from Pristina, Air Care from Skopje, OZON from Podgorica, Renewables and Environmental Regulatory Institute and Belgrade Open School from Belgrade.

3. WHAT IS POLLUTED AIR DOING TO US IN THE WESTERN BALKANS? 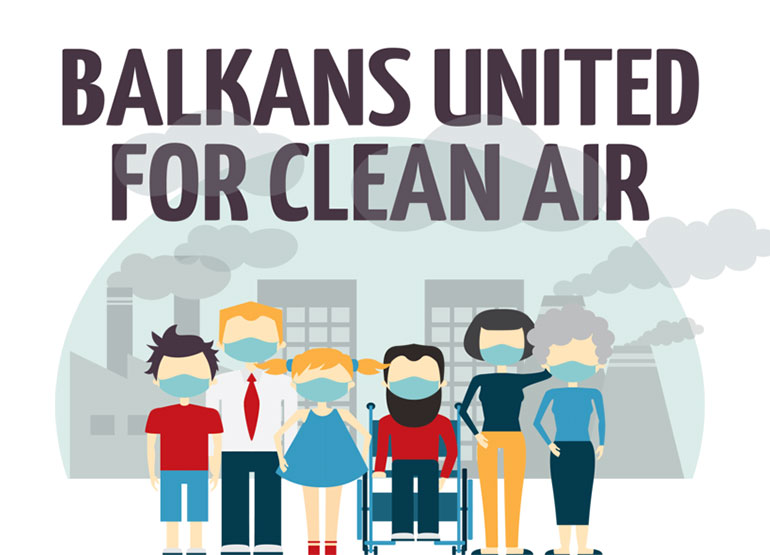 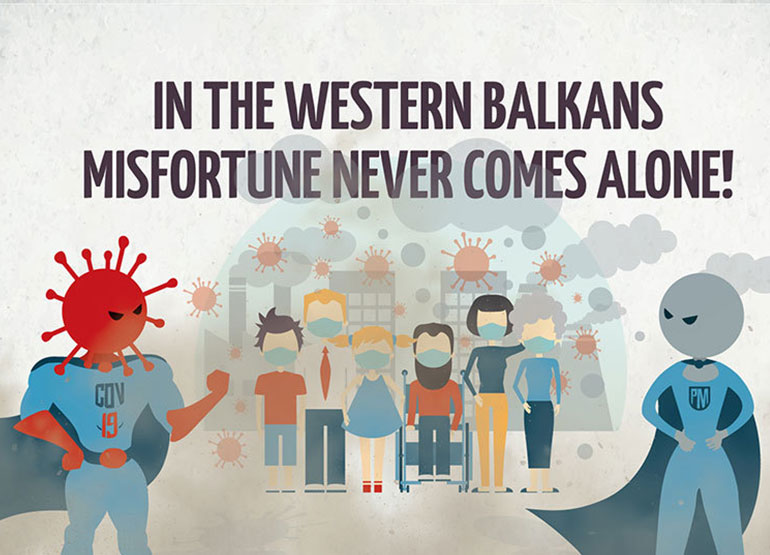 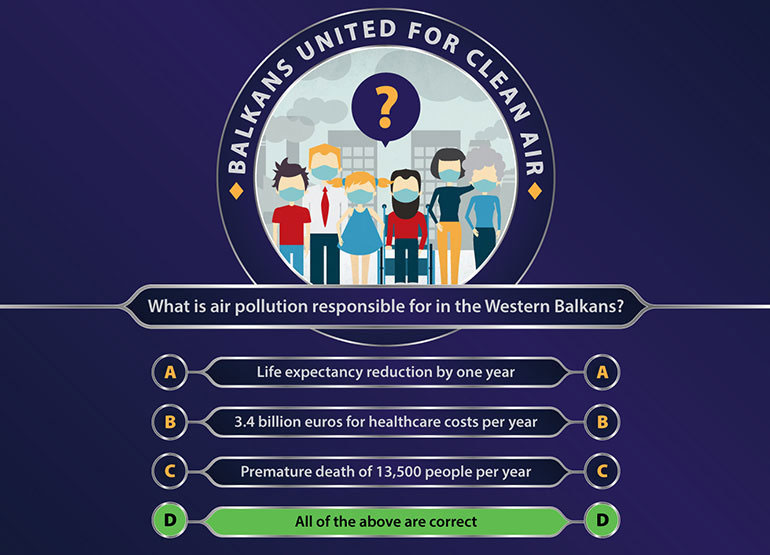 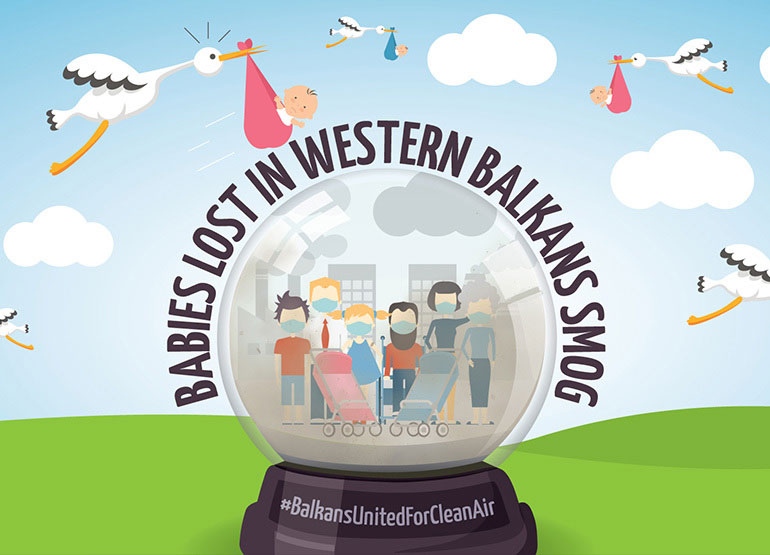 5. NO ROOM FOR COAL-FIRED THERMAL POWER PLANTS AND POLLUTING INDUSTRY IN THE WESTERN BALKANS ANYMORE

6. ALL CARDS ON THE TABLE ABOUT AIR QUALITY

7. FINALE OF REGIONAL CAMPAIGN FOR CLEAN AND HEALTHY AIR 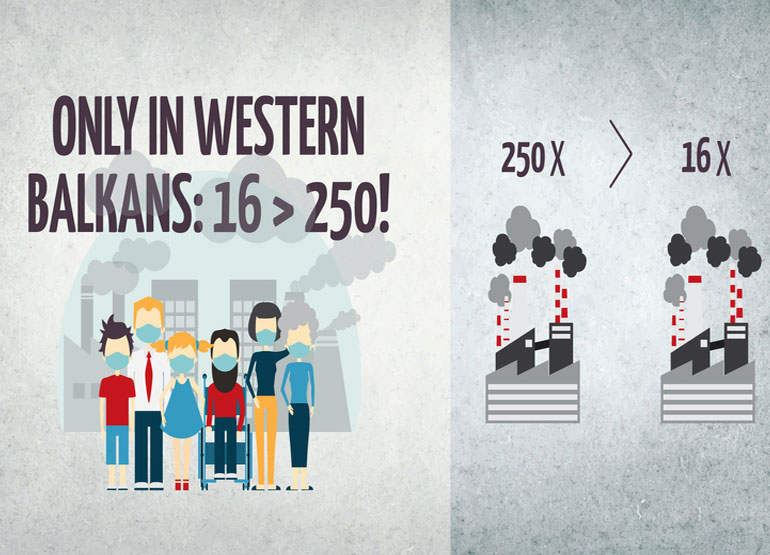 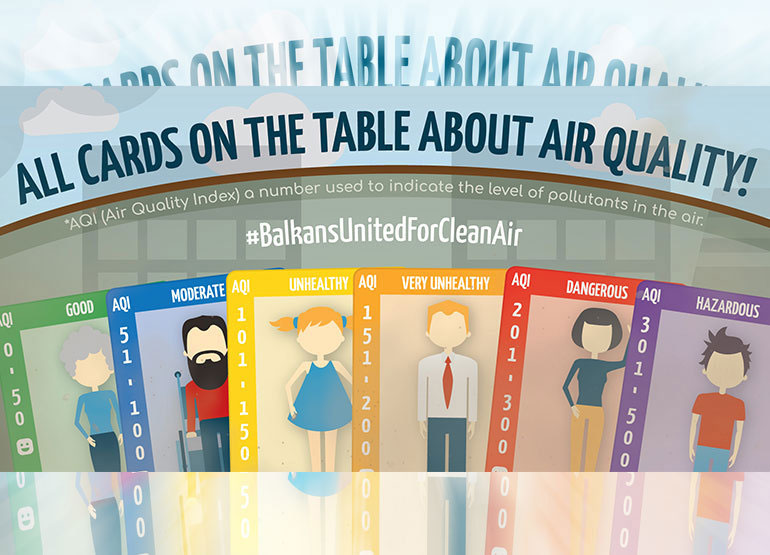 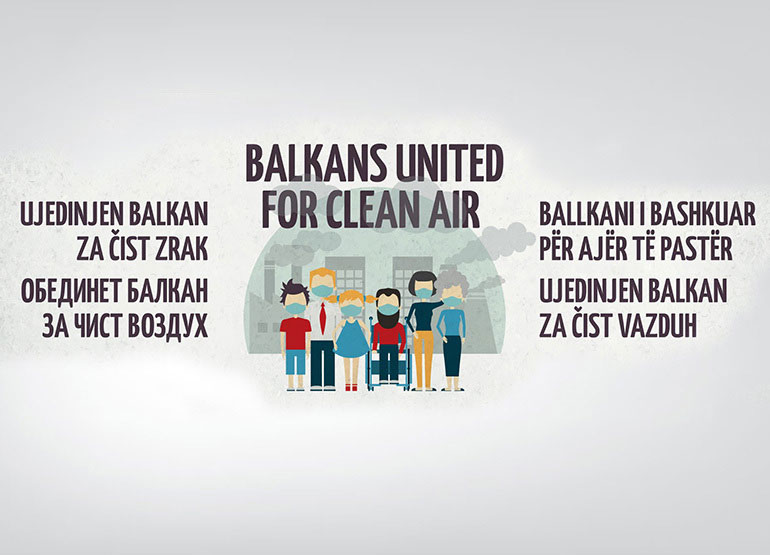 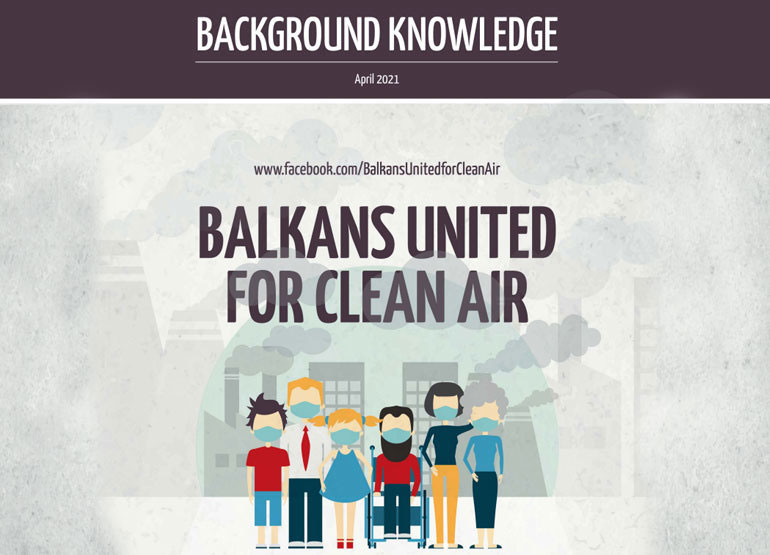 1. BALKANS UNITED FOR CLEAN AIR - JOINT ACTION TO ALARM THE CITIZENS ON THE GRAVITY OF AIR POLLUTION IN THE WESTERN BALKANS

2. NO ROOM FOR COAL-FIRED THERMAL POWER PLANTS AND POLLUTING INDUSTRY IN THE WESTERN BALKANS ANYMORE

4. WHAT IS POLLUTED AIR DOING TO US IN THE WESTERN BALKANS? 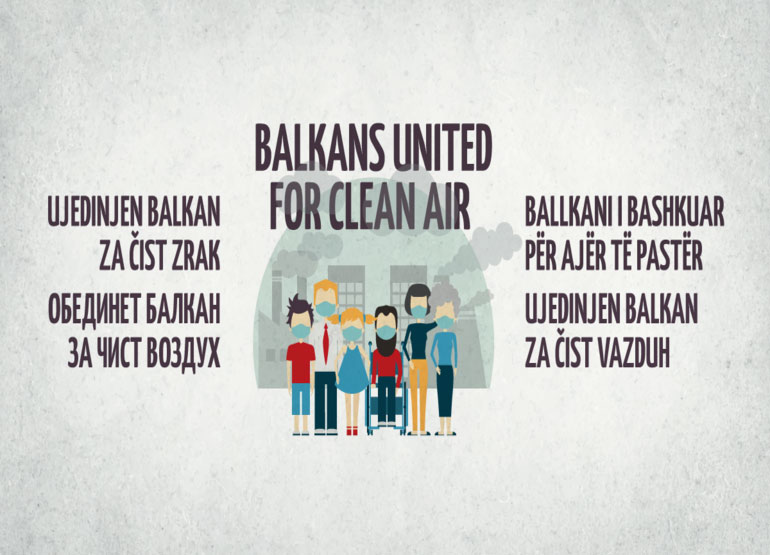 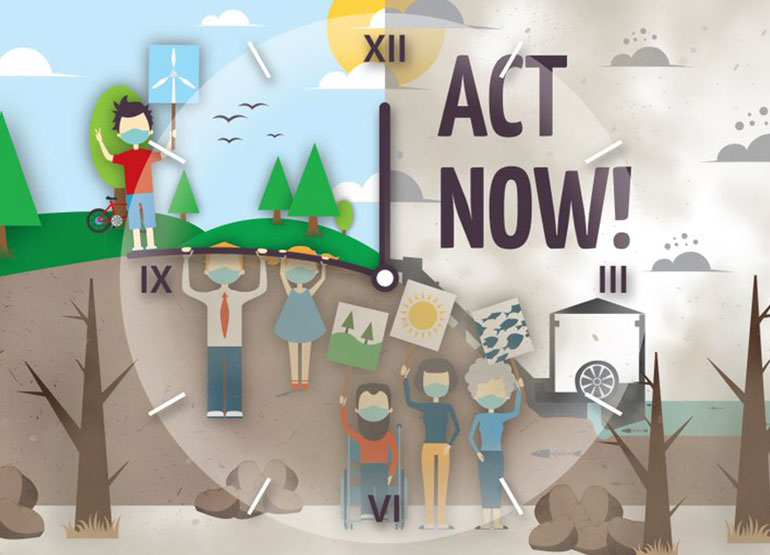 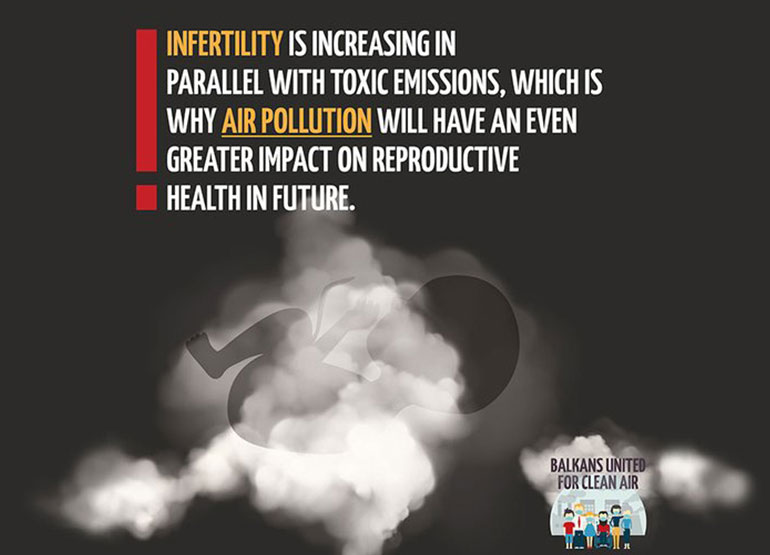 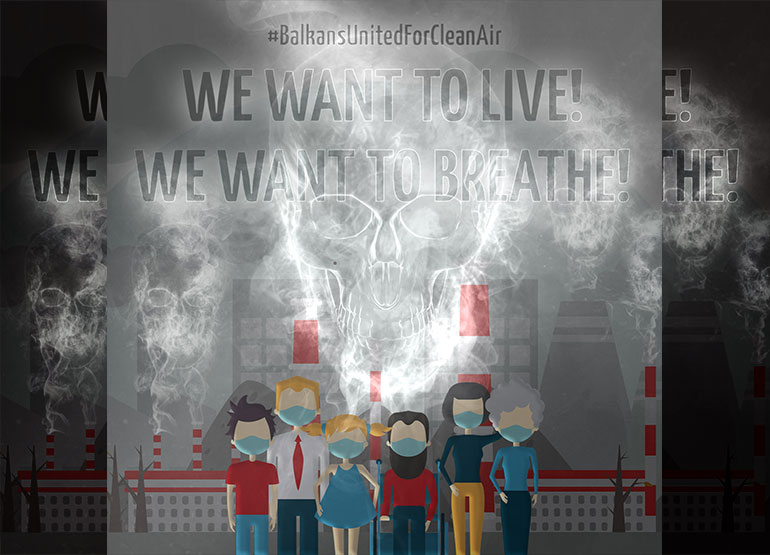 6. LAYING ALL CARDS ABOUT AIR QUALITY ON THE TABLE

7. IN THE WESTERN BALKANS WE LIVE IN A POISONOUS CLOUD 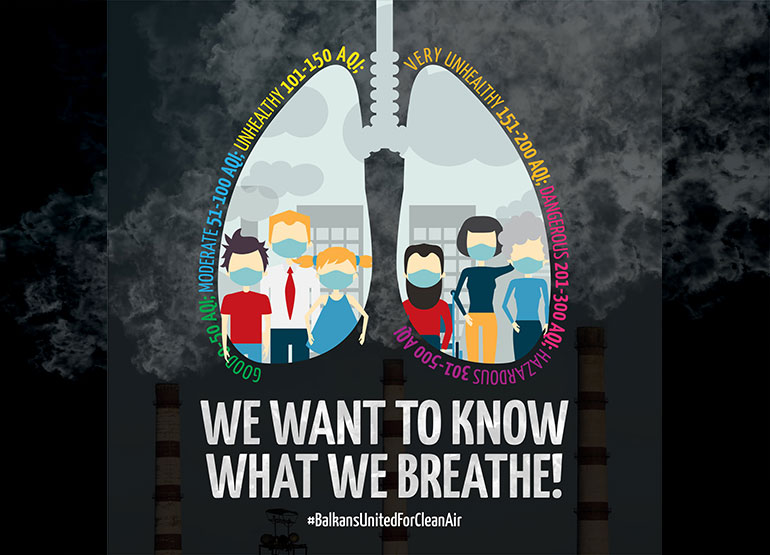 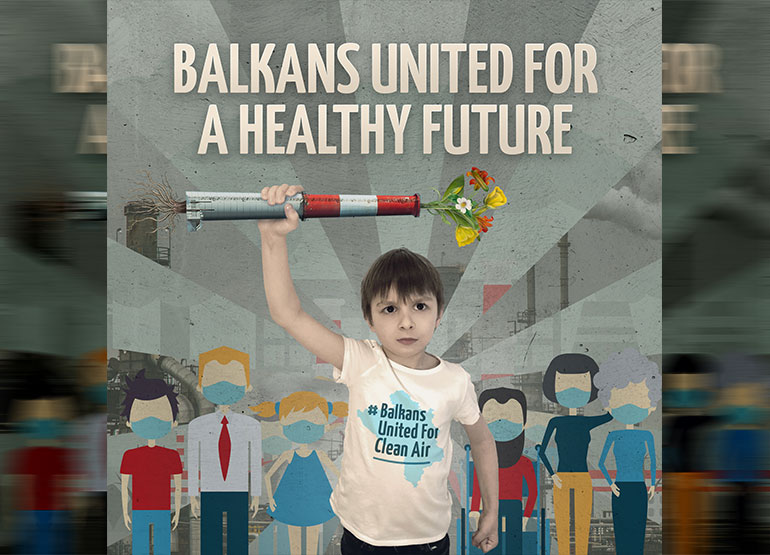 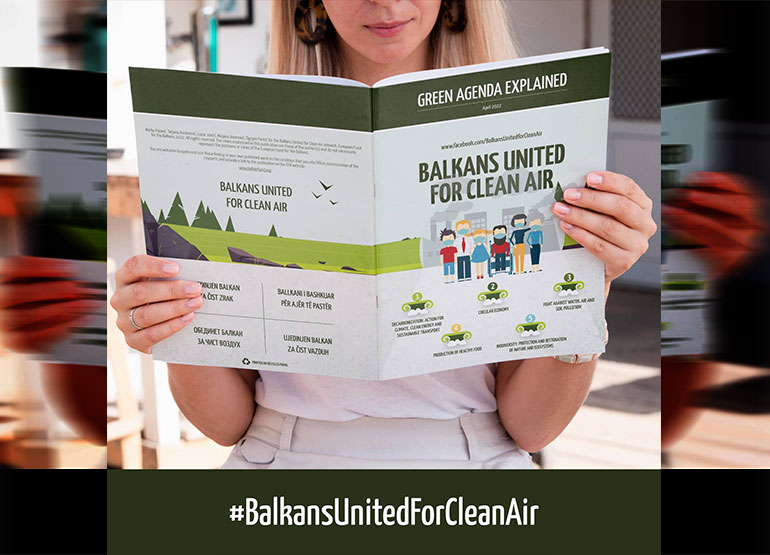 Air Pollution in the
Western Balkans

All the videos are available at our: