Statement regarding the constant attacks on the Vicinity Chronicles web portal 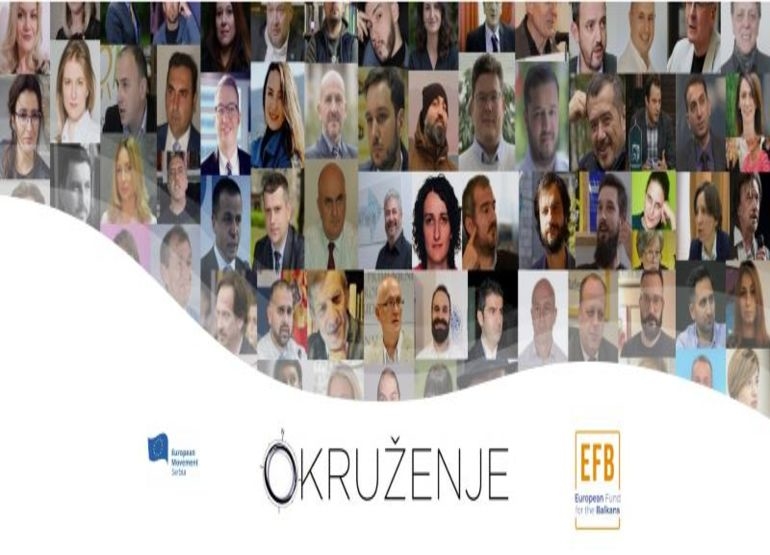 Hereby we would like to inform everyone who follows our portal Vicinity Chronicles (the platform of the European Fund for the Balkans and the European Movement in Serbia) that our website has been under constant hacker attacks in the past month.

We assumed that the website of the Vicinity Chronicles was not chosen deliberately – however, despite all the measures taken and regular maintenance of the site, these attacks are repeated continuously, thus everything speaks in favor of the well-founded suspicion that our portal is someone’s target.

Vicinities is an open platform, available to all those from the region, or the Western Balkans, whose voice needs amplifying, and who are eager to express their critical perspective, fresh ideas and points of view on current affairs in writing, video, or other formats. This is a creative space for both talented young individuals as well as established professionals coming from our vicinities – from Belgrade, to Sarajevo, Pristina, Skopje, Podgorica, and Tirana.

Our platform has had the great success of launching the first regional television talk show, a brand in itself, which ran for 6 seasons on 12 television channels in Albania, Bosnia and Herzegovina, Croatia, Kosovo, Macedonia, Montenegro, Slovenia, and Serbia.

The European Fund for the Balkans and the European Movement in Serbia jointly continued the idea through a similar format, creating a rare multilingual website, where texts by authors from all the countries of the Western Balkans are published every week, where different views on the same topics are expressed without censorship. From the very beginning, all authors present their views in a civilized manner, using their right for freedom of expression. We believe that the Vicinity Chronicles is a great example of a desirable way of dialogue and a promoter of a culture of dialogue that, unfortunately, is almost non-existent acorss the region,  but also a space for free expression of views, regardless of whether they are in agreement with the ruling parties in any of these countries.

It is sad that freedom of speech and opinion bothers someone to such an extent, that a project whose mission is rapprochement and understanding can be detected as a "threat". The sources of these attacks clearly do not understand the processes we are part of, and our mission.

We remind you that a year and a half ago, the Twitter account of Okruzenje was permanently terminated, with no chances for its return. That and this event are obviously not accidental, but as we said then, it will neither scare us nor make us stop.

We will continue to promote all the values ​​we believe in, so that such “outbursts” remain in the minority and so that the citizens of the region do not remain hostage to daily political calculations that drag us not only away from EU membership, but also from the values ​​without which it is impossible to imagine a democratic society.