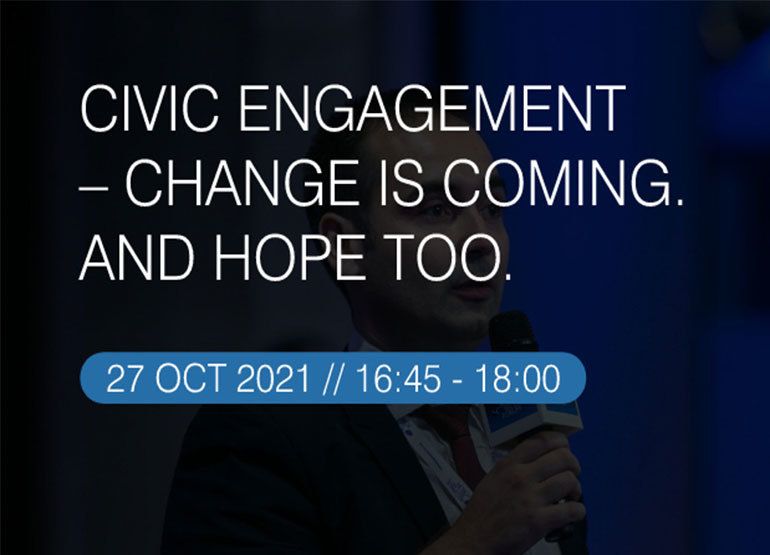 CIVIC ENGAGEMENT – CHANGE IS COMING. AND HOPE TOO. ( EFB IN PARTNERSHIP WITH EMINS)

The European Fund for the Balkans partnered with the European Movement in Serbia in organising the panel "Civic Engagement – Change is coming. And hope too" at the Belgrade Security Forum 2021, in order to put the focus on the various civic engagement intiatives in the Western Balkans and the new EFB Engaged Democracy Initiative in general.

Across the region, we see a widespread apathy, people are leaving, voters’ turnout are decreasing constantly, change of the current situation seems impossible. Political engagement is seen as something dirty. But at the same time, across the region we also encounter a new phenomenon – citizens organising themselves and taking over their role as citizens, not just inhabitants. These engaged citizens or activists or however we decide to call them have created a new momentum of hope. They have, in many occasions, overcome ethnic narratives and divisions.

What makes these new forms of civic engagement in the region so appealing? Why are they increasingly being perceived not only as potent vehicles of democratization, but also as most credible contenders to confront the autocratic and/or non-responsive regimes in the region?

At the same time, we cannot overburden them with all our pent-up hope. Too many expectations from different actors are currently on their shoulders.

What are the limits and challenges to their social and political activism? What can we do to support them? Do they want support? Or has technology helped enough?

You can watch the whole session at the following link