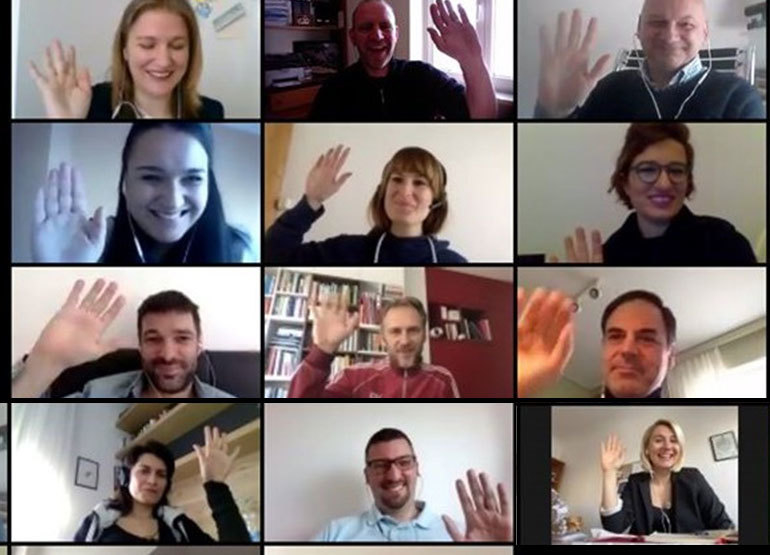 The group discussed the calendar of activities and the topics of the planned publications for the upcoming period, the new membership, as well as the BiEPAG’s joint immediate policy response to the current issue of the global crisis with the Covid19 virus and its multifaceted repercussions to the societies of the Western Balkans. In that regard the BiEPAG’s policy brief “The Western Balkans in times of the global pandemic” will be published next week. It will not just outline the impact, but it will also point out the possible scenarios that could result from it and which interventions could set the societies of the Western Balkans on a path to avoid the worst consequences and harness some positive development.

This BiEPAG Meeting was also an opportunity to officially welcome the three new members of the BiEPAG that will enrich the expertise of the group as a whole. Two of the new members coming from the region. First is Jelena Vasiljevic, Research Associate at the Institute for Philosophy and Social Theory, University of Belgrade, Serbia. Her background is in political anthropology and citizenship studies. She has written on culture and citizenship debates, transformations of citizenship in the post-Yugoslav states, memory politics, and media narratives during the Yugoslav wars of 1990s. Her current research interests lie in politics of solidarity, active citizenship and social movements in the Balkans.

Next is Gjerji Vurmo, Programme Director and a Senior Researcher on good governance, civil society, security and western Balkan’s EU accession at Institute for Democracy and Mediation, Albania. His work focuses on governance, the European Union, and a number of security-related issues, including radicalism and violent extremism. He is author of several IDM studies and reports related to civil society development, governance and anti-corruption, EU accession process, radicalism and violent extremism.

The last addition is Matteo Bonomi – a Research Fellow working on “EU, politics and institutions” and “Eastern Europe and Eurasia” programmes at the Institute for Foreign Affairs in (IAI), Italy. His professional experience has been increasingly related to EU enlargement policy, in particular to the Balkan – EU integration process. He has worked and cooperated with various institutes, think tanks, foundations and administrative agencies in Belgium, Germany, Italy, Serbia, Montenegro, Bosnia and Herzegovina and Albania. His PhD dissertation was on “European Integration and the Crisis of the Nation State. Analysis of the Interlinkages between Law and Politics within the EU”, defended at the Scuola Superiore Sant’Anna in Pisa.