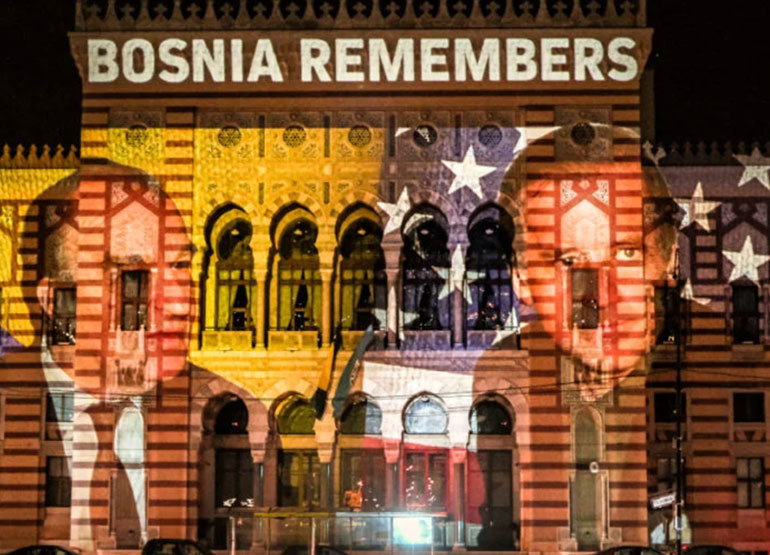 On the 25th anniversary of the Dayton Peace Agreement, European Fund for the Balkans has supported the European Council on Foreign Relations (ECFR) and its senior associate, Majda Ruge, in drafting the policy brief “Hostage state: How to free Bosnia from Dayton’s paralysing grip”, an expert analysis of the state of Bosnia and Herzegovina (BiH) a quarter of a century since the Dayton Accords.

Majda Ruge analyses, inter alia, the functioning of Bosnia and Herzegovina’s institutional framework, which is legally based on the Dayton Agreement, a document that provided peace and confirmed BiH’s continuity as sovereign state, albeit one of the most decentralized federal systems in the western world.  The analysis also deals with the reform process and the respective roles of the EU and USA in its implementation, the state of the judiciary, manner of political leadership, political discourse, positive aspects of the current situation in BiH, the “captured state” phenomenon and its consequences on economic and demographic issues.

The author argues, however, that the EU and USA, during the past 15 years, have failed to maintain pressure, which would have lead towards reforms in the country. Such negligence has enabled ethno-political leaders to capture the state. Whereas the central government is subject to capture and blockages, examples of visionary leadership and entrepreneurial success have emerged on the local level. As the author argues, the most efficient manner in which to eliminate ethnic and political instability in BiH is by removing its sources – primarily, by freeing the state from political leaders who use ethnic divisions as a means of diverting public attention away from other issues. Hence, efforts towards achieving reform should be focused on the reestablishment of the judiciary’s integrity and the rule of law, which, in turn, will help create conditions to dismantle the networks that have captured the state institutions.

At the end of the analysis, besides its conclusion, the author has voiced her recommendations. You can download the original analysis via this link.

On the occasion of the 25th anniversary of the Dayton Agreement, ECFR is also organizing the online conference entitled “Looking into the future of Bosnia and Herzegovina, 25 years after the Dayton Peace Accords”, on December 14-15, 2020. You can find all the details about the conference here.