Interview with Hedvig Morvai for the Macedonian daily newspaper Nova Makedonija: EU is fighting for its positions in the Balkans 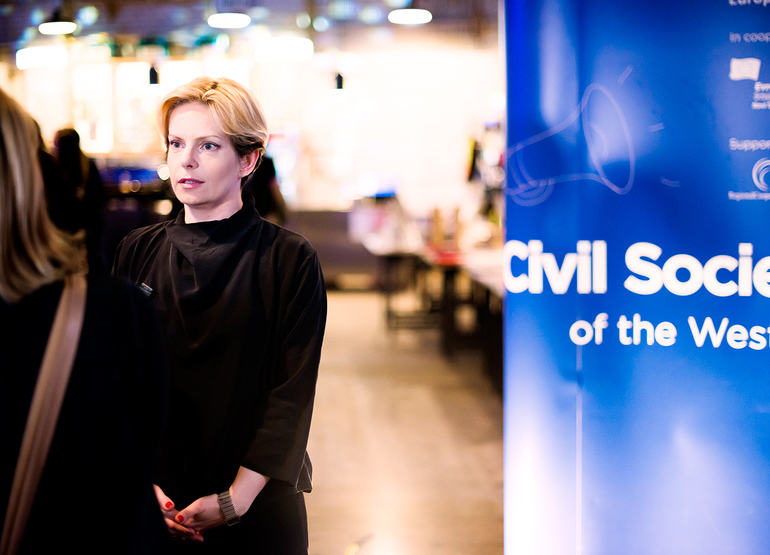 (Interview with Hedvig Morvai for the Macedonian Daily Newspaper Nova Makedonija after the Civil Society Forum Belgrade, Author: Goce Trpkovski, June 3th, 2016) EU IS FIGHTING FOR ITS POSITIONS IN THE BALKANS What would you say is the reason why the EU and some of its most influential member-states stood behind the Berlin Process? More specifically, what's in there for them?

We sometimes hear comments of the candidate countries from the Balkans getting tired of the integration process becoming longer and more complicated for them. Do you think that the EU is maybe being more careful with this last remaining unintegrated part of the continent, compared to previous enlargements?

Due to the specific political situation concerning Macedonia, the people of this country keep hearing news about "measures" that would be taken by the EC, and constant rumors about possible sanctions. Do you believe that sanctions can be an appropriate way of dealing with authoritarianism and other problems of democracy in the Balkans? Or they would really be only last instance measure, after everything else is attempted?

The Civil Society is deeply involved in its attempt to resolve the political crisis in Macedonia, but it's stigmatized for being "traitorous", "foreign-collaborative" etc (not only the case with Macedonia but also other surrounding countries). How to challenge these views?

Should the CSOs get a chair on the negotiating table, or there are also other ways how its views and suggestions can be incorporated in the final solutions, and its interests represented?

The original interview in Macedonian can be found at: link