EFB and BiEPAG at the Civil Society Forum Paris 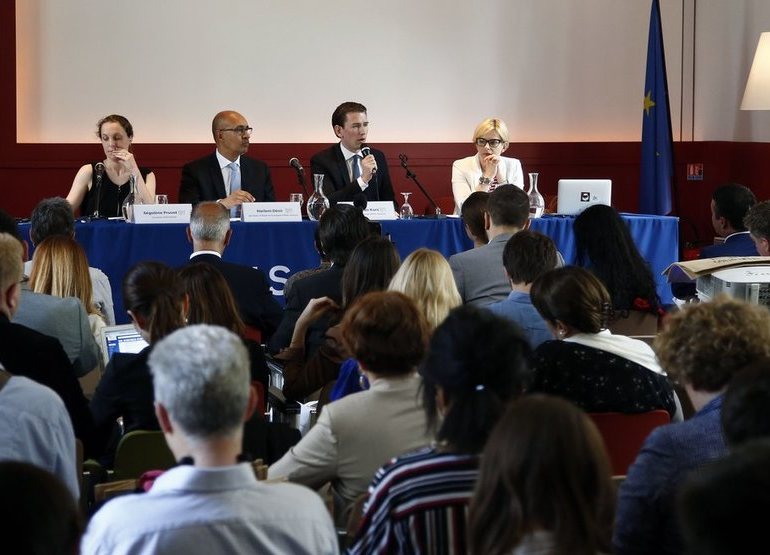 The Civil Society Forum Paris brought together activists and representatives of civil society from the European Union and the Western Balkans to formulate recommendations for the future of the European project, and integration of the Western Balkans countries. This forum was organised on the occasion of the 3rd intergovernmental summit of Western Balkans and EU countries to be held in Paris on the 4th July 2016. It followed the Civil Society Forum held in Vienna in August 2015, and in Novi Sad and Belgrade in May 2016, where four main policy areas have been identified as priorities for the Western Balkans region. Migration, climate change and green growth, bilateral disputes and youth cooperation were part of the Paris Forum Programme. The transversal issues of democratic governance, the role of civil society and respect of fundamental rights were also addressed through the panels of the agenda. The two days of activities were structured around workshops, dialogue with European and national parliamentarians, cultural activities and an open public citizen’s summit on European solidarity. During the Forum days, the activists from the European Union and the Western Balkans Civil Society organisations elaborated their policy recommendations and proposals to push forward actions that answer the main challenges facing the continent today. BiEPAG Members Nikola Dimitrov, Dane Taleski and Vedran Dzihic were actively participating in the agenda as coordinators of the workshops on bilateral disputes, youth cooperation and democratic governance. The executive director of the Fund, Hedvig Morvai gave a presentation of the policy recommendations of the representatives of the Civil Society Forum Paris to Harlem Désir, Secretary of State for European Affairs (France) and Sebastian Kurz, Minister of Foreign Affairs (Austria). The venue was also a set for the photography exhibition and the winning photographs of citizens’ and activists mobilisation in the Western Balkans. The selected photos were in accordance with the main focuses of the encounter: democracy, human rights, freedom. The exhibition was aimed to inspire the discussions and present to a larger public the state of activist’s mobilisations in the region. The Forum was coordinated by European Alternatives, ERSTE Foundation, the European Fund for the Balkans, the Friedrich Ebert Stiftung, the Charles Leopold Mayer Foundation and Citizens for Europe.   More info at: www.wb-csf.eu More photos at: Flickr