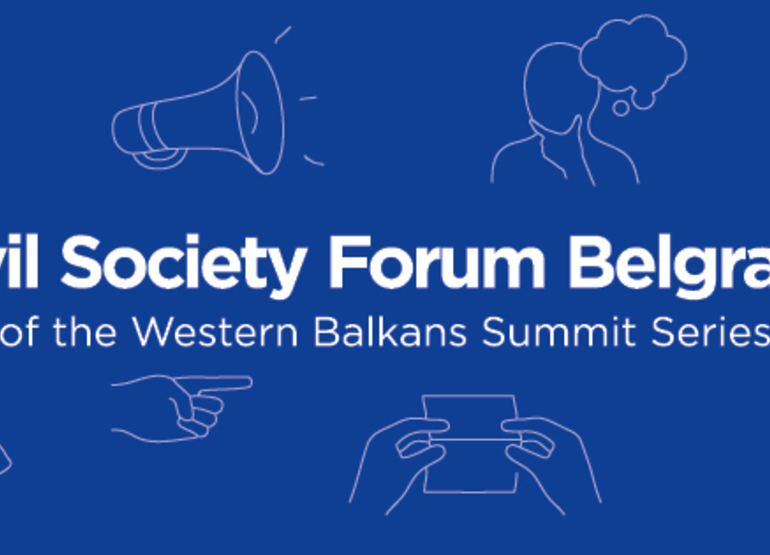 The Civil Society Forum Belgrade, as an important CSOs initiative which will serve as a basis for formulating a set of messages that will be communicated at the Western Balkans Paris Summit will be held respectively on May 12-13, 2016 in Novi Sad and Belgrade. This initiative will build up on the work that has already been done in the framework of the Civil Society Forum of the Western Balkans Summit Vienna 2015 and other follow up activities, including the RCC’s Regional Cooperation Day in Sarajevo in December 2015. Heading towards the Western Balkans Paris Summit in July 2016, the Civil Society Forum series aims to establish a sustainable and relevant second-track process as a common WB-EU platform dedicated to the challenges in the Western Balkans, but first and foremost to European cohesion, which has to be co-shaped by the civil society, policy community, media and other relevant stakeholders. Having over 100 participants, representatives of think tanks, policy institutes and other NGOs from the countries of the Western Balkans as well as high EU officials and MEPs, diplomats, members of regional and international organisations and foundations, local and regional media, the Civil Society Forum Belgrade will be focused on the broader issue of the civil society participation in agenda setting, in making and debating policy proposals and in evaluating policy results on the following subjects: youth cooperation, migration crisis, conflict resolution and solving of bilateral disputes and environment/climate change agenda in the region and Europe. These key topics will be discussed in a form of panel discussions and focused thematic workshops, which will include CSOs representatives from all over the region, but also experts and guest speakers from the European Institutions and CSO sector. The closed sessions of the Civil Society Forum agenda will take place at Novi Sad on May 12, and at Mikser House in Belgrade on May 13. Two public events are included in the Forum – The opening cultural event and cocktail in the evening of May 11 in Novi Sad, with addressing from H.E. Axel Dittmann, Ambassador of the Federal Republic of Germany and Sabine Kroissenbrunner, Deputy Head of Mission in the Embassy of Austria in Serbia. The public discussion “The Balkans in the European House of Cards” will be on May 12 in Belgrade, where the six CSOs representatives from the region will be joined by the Vice-President of the EU Parliament Ms. Ulrike Lunachek and a special retrospective will be given by Rambo Amadeus. The European future of the Balkans, the regional and youth cooperation, the role of the civil society in the decision-making process, as well as all the current challenges on regional, European and global level will be tackled through a lively discussion and wider audience of the participants in the Forum, the representatives of the diplomatic core and international organisations, as well as the Serbian and regional media. The Civil Society Forum Belgrade is organised under the umbrella of the “Civil Society Forum of the Western Balkans Summit Series”, as a joint initiative of the European Fund for the Balkans (EFB) and ERSTE Foundation, supported by the Regional Cooperation Council (RCC), Delegation of EU in Serbia and the Provincial Secretariat for Science and Technology, and in close cooperation with the European Movement in Serbia - Local Council in Novi Sad and the Center for Regionalism. It is part of the Western Balkans Summit Series Forums initiative, which intends to contribute to the greater role, visibility and impact of the civil society in the so-called “Berlin process” and the broader EU integration process of the Western Balkan aspirants. The civil society organisations are gathered around this initiative with the desire to develop a common position when it comes to following the footsteps of the Berlin and Vienna summits and to construct a more permanent Forum for civil society to cooperate and develop a dialogue with political leaders and governments. More info at: www.wb-csf.eu Twitter hashtag: #csfbelgrade