Forum Europa: The resilience of the Western Balkans 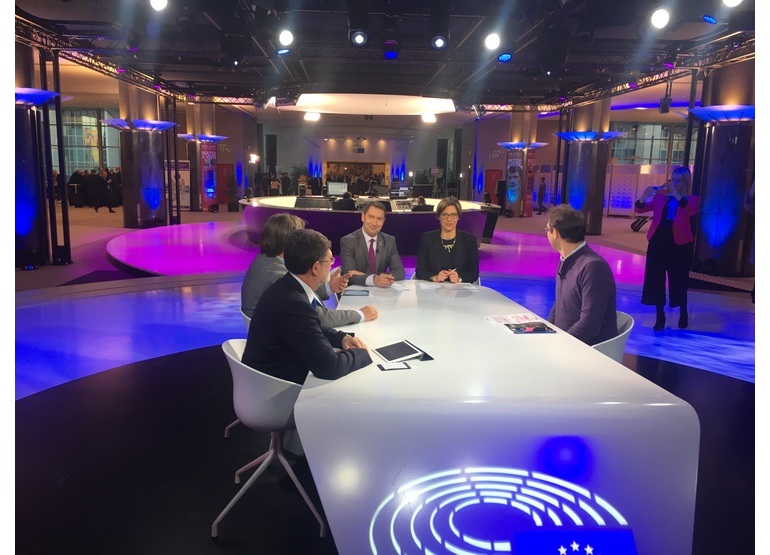 20.11.2017 All News
The fourth episode of the Forum Europa, a television debate series produced in cooperation of the European Fund for the Balkans and N1 regional news network, was broadcast in early November. The resilience of the Western Balkans was the topic of the discussion, which took place in the European Parliament’s studio Agora. Do we witness the reengagement of the EU in the region following Jean-Claude Juncker’s speech on the State of the European Union? How can the fragile institutions of the Western Balkan states counter external pressures coming from third countries in successful way? Is democracy in the region traded for stability? How to encourage democratic forces in the region to keep being resilient in the wake of authoritarian tendencies? These issues were elaborated by Tonino Picula and Ivan Jakovcic, Members of the European Parliament, and Zoran Nechev, Senior Researcher, European Union Institute of Security Studies and member of BiEPAG. The new episode of Forum Europa can be viewed on this link.
Tags:
Share: