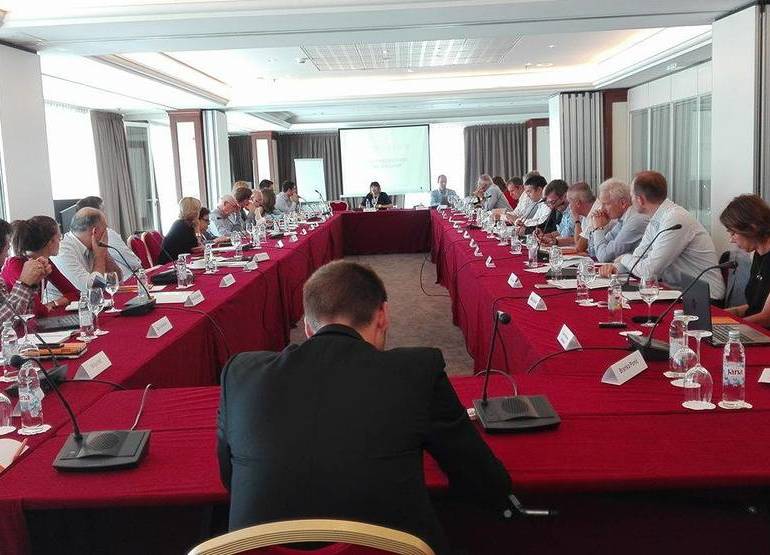 The brainstorming meeting and discussions with Balkans in Europe Policy Advisory group members and a list of leading experts on the future of the Balkans was held in the period between 16 – 18 September 2016, in Opatija, Croatia. The purpose of this gathering of politicians, diplomats, scholars, analysts and members of the Balkans in Europe Policy Advisory Group – BiEPAG was to shape up ideas that will contribute to the development of a new strategy for the Balkans. Given the situation we are presently faced with, within the EU and worldwide, burdened by numerous uncertainties, mistrusts and fears, whether justified or not, caused by multiple challenges arising over the past several years it would appear that the Balkans is the only region spared by none of the recent crises, on top of its own, significant problems: the relatively unsuccessful attempts at introducing democratic and economic reforms, making the region even more fragile, vulnerable and a deeply neglected part of Europe and the world in general. The promise that the future of the Balkans is within the European Union, given in Thessaloniki in 2003, provided a strong incentive for the societies of the region. However, the events of the past decade, crowned by the outcome of the EU referendum in the UK have managed to cast this promise deep into oblivion, and deliberately make it vague and unattainable. The EU accession process is still moving forward for several Balkan states, but the steering seems to have been switched to autopilot mode, and the changes induced by the process, originally considerable are now more of a cosmetic, image-preserving nature rather than part of a decisive outreach towards a better life for the nations living in the Balkans. It seems that the European Union, presently experiencing a succession of crises has put the issue of the Balkans on the back burner and no one cares much about it as long as there is peace in the region. However, experience teaches us that whenever the Balkan region is left to “hang out and dry” with no external engagement, it becomes prone to making unpleasant surprises. The generated ideas at this brainstorming meeting will be used in shaping up the policy prospects and recommendations for the future prospects of the Balkans and Europe’s approach to the region, through the work of the BiEPAG and the respective policy products that will be produced in the next period.