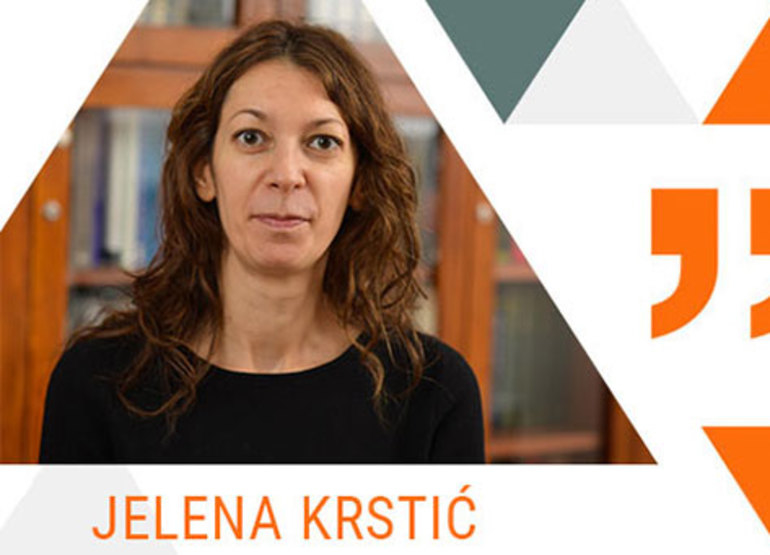 Photo: Srđan Srđanov When an average Serbian family discusses about Kosovo today, 20+ years after the war, a mixture of myths and emotions erupts. Facts are undesirable here, and dissonant voices are silenced. The only acceptable narrative goes hand in hand with the official one, perceiving Serbia as a victim of key international actors’ geopolitical interests. Pointing out findings on the pre-war repression against Albanians and judicial facts on the responsibility of Serbia’s highest political and security echelons for massive crimes committed during the war, will not lead anywhere. Serbian youth is not equipped to ask their parents what they did to prevent the political system from evolving into autocracy, given that school curricula teaches them nothing about human rights concepts and active citizenship. In addition, instead of hosting a broad social dialogue on the recent past, the media engage in warmongering while praising perpetrators instead of victims. Nurtured by official policies, educational programmes, and the media, a family’s memories of the Kosovo events perpetuate themselves in a vicious cycle of ignorance, denial and self-victimhood. Paradoxically, the unwanted memory of the Kosovo War hides in plain sight. In one small residential area of the Belgrade suburb of Batajnica, a mass grave with 744 bodies of Kosovo Albanians was excavated in 2001. Once the bodies were exhumed, the place continued to serve as a police training ground. A memorial to reflect on the crime and pay tribute to victims is yet to be erected, 18 years on. Public trials of Kosovo war crimes cases are conducted far from the public eye, and the facts established therein, as well as the victims’ testimonies, barely leave the courtroom. Victims who follow the trials go unnoticed, and return to their hometowns humiliated by the cold, administrative reception in the court. More often than not, verdicts bring the feeling of injustice. The only public space listing the names of victims and circumstances of their suffering – the court judgments – are redacted to the level of unreadability. Rare reminders on the innocent civilian victims of war, initiated and led by associations and non-governmental organizations, remain isolated. Overwriting the truth about the Kosovo War with fabricated facts serves the purpose of building and preserving a national identity that is superior and self-sufficient. Such an identity perpetuates the nationalistic narrative, enabling it to permeate the political and social fabric of Serbia. Moreover, distorting the facts fuels impunity, because if there is no crime there can be no punishment. An unaccounted number of individuals responsible for crimes are hiding behind this narrative and successfully avoid being held accountable. Thus, as a result of hiding memories, what also remains hidden is responsibility. A decisive and, most importantly, courageous political action is needed in Serbia today. It could begin with an official public reading of the names of all women, children and men who were found in mass graves in Serbia, broadcast live on all TV stations with national coverage, and followed up by key print media. The reading should end with a sincere acknowledgment of the Kosovo Albanians’ suffering during the pre- and war period, and acceptance of one’s own responsibility for it. Other diverse actions would have to follow, all aiming to provide justice and recognition for the victims, but this initial performance would serve as a ground zero of sorts, a sincere intent to distance oneself from a regime that has led the society into committing crimes, and as a first official monument dedicated to all Kosovo Albanians who had suffered at our hands. It would be wrong to perceive such a move as an act of defeat or humiliation; it would mean victory instead, a victory of reason, solidarity, civic virtue, and responsibility; a victory by those political forces that eagerly lead us towards a sustainable political settlement of unresolved issues from the recent past. A written exam in history was discovered with the victims found in the Batajnica mass grave. What we now face is the ultimate test in humanity, and our course of action will define us as a society for the years to come.